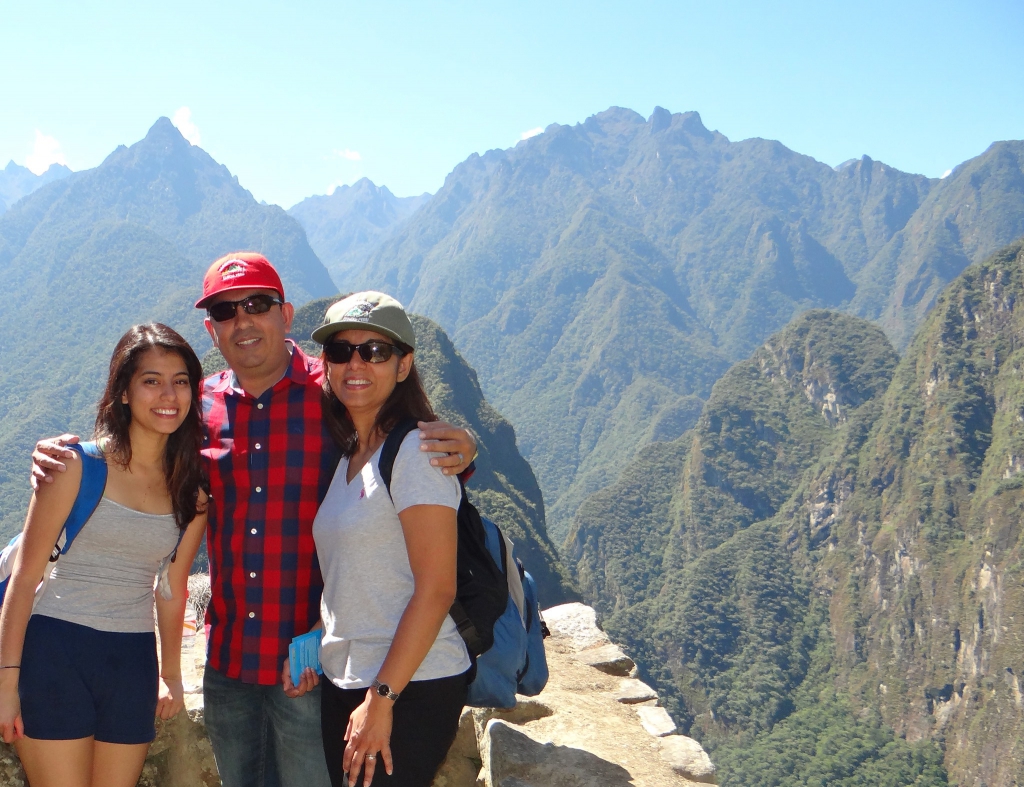 Bonya Ahmed's daughter Trisha Ahmed writes to the stepfather Avijit Roy in Baltimore Sun, with so much of robustness, dejection and comprehension.

Money used to flow in to kill bloggers, publishers and gay people in Bangladesh, one of your publisher's attackers confessed. So, who funded your murder? I thought, if the Bangladeshi investigators don't have answers, then maybe journalists will. Unfortunately, Bangladesh — like many countries now — is imprisoning journalists for speaking out.

My stepfather was murdered by machete six years ago. Here's what I would say to him today | COMMENTARY

My stepfather, Avijit Roy, was a Bangladeshi-American writer and engineer. While visiting Bangladesh, he was violently attacked with machetes and murdered on the street, as he left a book fair with my mother, who was also attacked and suffered life-threatening wounds. This happened six years ago, as of Friday. Ten days prior to this distressing anniversary, five of the attackers, members of a terrorist group inspired by al-Qaida, were sentenced to death in a Bangladeshi court.

This verdict does not bring me closure — so many questions about the forces underlying his murder remain unanswered. If I could talk with my dad today, this is what I would say.

People took pictures of you after the attack. One photo shows your glasses and a chunk of your brain, lying in a pool of your blood on the pavement. I think of this image every few months.

But in the days leading up to the verdict in your murder (yes, it took almost six years for Bangladesh to hear your case in court), I couldn't stop thinking about your glasses on the ground.

I'm no better at drawing now than I was when you were alive, but I sketched your glasses on a piece of paper. I drew all sorts of sights around D.C. into the lenses of those paper frames: monuments, memorials and other places you'll never know. I pass by them every day now, as a D.C.-based graduate student at the University of Maryland focusing on investigative journalism.

America doesn't seem to care much for journalists now. Neither does Bangladesh. But if you were around, I hope you would say: "Journalist? That's even better than a scientist!"

Which means I didn't become the scientist you were so excited for me to be.

I couldn't commit to it after what happened to you. To deal with the trauma of losing you and nearly losing Maa, I became obsessed with other people's stories. I started collecting them in Baltimore as an undergrad at Johns Hopkins, and then all over America, finding that so many others are also dealing with fathers, brothers, cousins and friends being killed.

You should know that you changed the world, Dad. People marched in the streets for you. Millions of people learned your name. I'm sure you would ask me, excitedly: "Does that mean the world is more rational now?"

I don't think so.

After you died, the attacks continued. Your attackers were affiliated with a group known as "al-Qaeda in the Indian Subcontinent." They didn't like what you wrote about science and secularism.

In the months after your death, extremists killed your friends. And your publisher. And a bunch of other people you didn't know. The attacks were graphic, with machetes and ISIS videos and witnesses who might never forget seeing their partners die.

I'm realizing now, after six years, that the news of each murder gashed fresh wounds into scars that were not done healing for you. Getting better is taking me so long, Dad. I'm still mourning you, but also them.

On Feb. 16, some of your attackers were sentenced to death. Knowing they're going to die doesn't make me feel better about losing you. Their loved ones will mourn them too.

Though these five were charged with carrying out your attack, so many more were involved in the planning, execution and silencing of Bangladeshi bloggers. Some orchestrators have never been caught, or even identified. After the verdict, Maa asked questions I wish could answer: Where are the masterminds of the attack? Why was one leader killed in police custody, years before the trial?

"Money used to flow in to kill bloggers, publishers and [gay people]" in Bangladesh, one of your publisher's attackers confessed. So, who funded your murder?

I thought, if the Bangladeshi investigators don't have answers, then maybe journalists will. Unfortunately, Bangladesh — like many countries now — is imprisoning journalists for speaking out.

Just last year, Bangladeshi journalist Shafiqul Islam Kajol mysteriously disappeared for 53 days after criticizing a government official's alleged sex-trafficking involvement. When he resurfaced, Mr. Kajol was then sentenced to seven years in prison, under Bangladesh's controversial 2018 Digital Security Act, which restricts free speech. Two other journalists were jailed in May under the same law.

Thankfully, Mr. Kajol had a kid, who fought for his father's release and gained international attention. Mr. Kajol was released from jail after seven months, instead of seven years.

Cases like his and yours, which are only the tip of the iceberg, keep me up at night. When I finally sleep, you tend to die. I still wake from violent dreams and feel tired all day, desperate for rest. I might have actually forgotten how to rest. But maybe, like you, I've never known how.

I remember your late nights writing, your determination to change minds — but most vividly, I remember your songs. When you couldn't get topics you were writing about, like "intelligent design," out of your head, you'd turn those words into loud, belted-out tunes. I remember us dancing to them. I wonder, if you were here now, would you still be singing and dancing with me?

There's little point pondering hypotheticals. But one hypothesis comforts me: As long as there are people like Mr. Kajol's son and your daughter, the world will be forced to provide answers — as we bend societies toward your vision of rationality, of equity of peace.