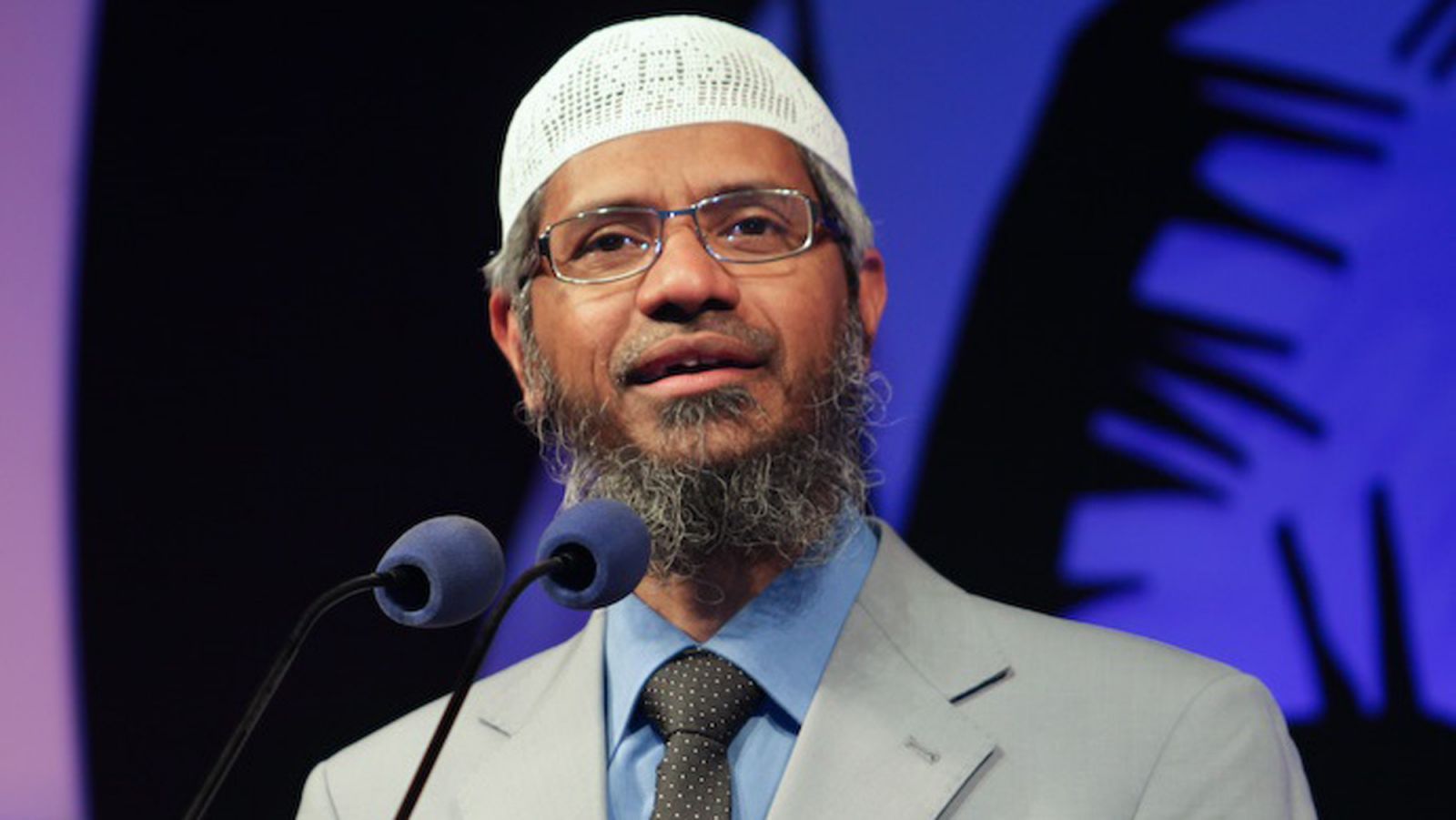 Zakir Naik, who suggested Every Muslim Should be a terrorist. [/caption] to the Islamic preacher.

The Daily Star, Bangladesh reported late last evening, July 4, that two of the five Bangladeshi militants who hacked to death 20 people at a restaurant in Dhaka's diplomatic zone used to follow three controversial Islamists, including Indian Islamic preacher Zakir Naik. Militant Rohan Imtiaz, son of an Awami League leader, propagated on Facebook last year quoting Peace TV's controversial preacher Naik "urging all Muslims to be terrorists", Mukto-Mona with a collaboration with SabrangIndia brings to its readers a piece on the controversial preacher, banned for hate speech by both UK and Canada

Let's grant even the venom-spewing their freedoms. Agreed, freedom of speech is meaningless if there is no space for the offending word. No democracy can survive in the absence of freedom of speech, freedom of conscience,agreed. But should there be no Laxman Rekha that even in a democracy none must cross? If not instigation to hatred, could incitement to violence perhaps mark the boundaries of individual freedom?

What about his statements on terrorism? "Every Muslim should be a terrorist… to selective people, i.e., anti-social elements;" "If he (Osama bin Laden) is fighting the enemies of Islam, I am for him… If he is terrorising America the terrorist, the biggest terrorist, he's following Islam."

How does one "read" such statements? It all depends on who is reading them. In his self-defence after the [UK] visa ban, Dr Naik offers two clarifications: one,"Due to the fact that he (Osama Bin Laden) has not been convicted in respect of 9/11 and as Dr Zakir Naik cannot verify the claims against him, he "neither considers him a saint nor a terrorist"; two,"the quote is from a lecture he delivered in 1996, almost five years before 9/11".

But the clarifications only raise further questions:

Dr Naik cannot decide about Osama because the latter has not been convicted for 9/11 and because he (Naik) cannot independently verify the claims against Osama since,"I'm not in touch with him. I don't know him personally. I (only) read the newspaper." Interesting. On what basis then did he arrive at his "America-the-greatest-terrorist" conclusion: newspaper reports, personal acquaintance with ex-President Bush,or a non-existent verdict of the International Criminal Court?

If the relevant quote is from a 1996 lecture, what stopped Dr Naik from coming clean a few months ago when in an NDTV programme,anchor Barkha Dutt threw that very statement at him? Why did his response so agitate Maulana Mehmood Madni of the Jamiat-ul-ulema-e-Hind?

Is lip service enough to condemn terrorism in the name of Islam? In these terror-torn times,would Dr Naik care to inform us how much time and attention was paid to this malady of current-day Islam during his 10-day long "Islam Peace Conference-2009" in Mumbai? How frequently does the terror scourge figure in discussions or debates on his Peace TV channel?

What about his statements on terrorism? "Every Muslim should be a terrorist… to selective people, i.e., anti-social elements;" "If he (Osama bin Laden) is fighting the enemies of Islam,I am for him… If he is terrorising America the terrorist, the biggest terrorist, he's following Islam."

Above all,as a devout Wahhabi, Dr Naik insists on a literal reading of the Quranic verses torn out of the socio-cultural realities of a primitive Arab society over 1,400 years ago. Which is why, like all literalist readers of Holy Scriptures, he is incapable of extracting the normative, universal ethico-moral principles embedded in the context-specific passages of the text. Which is why what he peddles as Islam is nothing but out-of-date, petro-dollar sponsored Wahhabism that is repugnant to modern sensibilities. The digression apart, where is the guarantee that some Muslims with fevered imaginations would not "read" Dr Naik's utterances selectively and literally just as he himself reads the Quran and the Hadith?

Consider this: Dr Naik is reportedly a big hero for Najibullah Zazi, the Afghan-American arrested last year for plotting to bomb the New York subway, Dr Kafeel Ahmed of Bangalore origin who tried to storm Glasgow airport in an explosives-packed car and Mumbai's Rahil Sheikh accused in the 7/11 train blasts.

No one accuses Dr Naik of being part of any terror network. But should a self-proclaimed champion of peace be so reckless in his use/misuse of inflammable words? Or are we dealing here with calculated ambiguity, a deliberate playing with fire? Until the televangelist learns to mind his language, I go with the British Muslims for Secular Democracy (BMSD) and the British Muslims Forum (BMF) in supporting the visa ban.

P.S.: On second thoughts,the ban should perhaps be revoked on condition that while in the UK, Dr Naik agrees to a discussion with Dr Taj Hargey on 'The Status of Women in Islam' and with Inayat Banglawala on 'Rights of Gay Muslims'. A trustee of BMSD, Dr Hargey is also chairman of the Muslim Educational Centre of Oxford and an imam at its mosque. Dr Hargey has an open invitation to women scholars to his mosque to lead mixed-gender Friday congregational prayers. But he might not shock our own doctor so much as Banglawala, media secretary of the Muslim Council of Britain (MCB),a large nationwide,mainstream Muslim organisation that even today is considered by many to be a hybrid of the Jamaat-e-Islami and the Muslim Brotherhood. Horror of horrors, through a recent article in the Guardian, UK,Banglawala has appealed to MCB to include a gay Muslim support group as an affiliate!

No one accuses Dr Naik of being part of any terror network. But should a self-proclaimed champion of peace be so reckless in his use/misuse of inflammable words? Or are we dealing here with calculated ambiguity, a deliberate playing with fire?

Imagine the 150 million viewers of Peace TV being treated to such a rich discourse on diversity in Islam.

This article was published in The Indian Express on July 1, 2010, fast on the heels of the UK Visa ban