Yeah I know what you are thinking. Some of you are thinking "Okay, that's cool!" while many of you are not thinking along those lines. But before I go further, let me tell you me being a lesbian is not cool. You don't say someone is cool because of their sexuality. That's just weird.

Some of you are thinking "She must really hate guys!" No, I actually like men because they understand my problems better. They know how much courage it takes to walk up to girls we like and say "Hi!" They know how nervous we can be when we are waiting for a response to a text we have just send to our crushes. They know how awful it feels to get our hearts broken and crushed by girls.

Some of you are thinking "She must have got her poor heart broken by a douchebag and now she's a lesbian" No, I have not had a disastrous relationship with a guy. And yes, it's true I have never had a serious relationship with a guy either. It's also true I have never kissed a guy. But that's not the reason I'm a lesbian. Understand the cause and effect here. I did not "become" a lesbian because I'm a failure with men. I'm a failure with men because I'm a lesbian.

Speaking of douchebags, some people here are thinking "She will change her mind if she gets to meet a real man like me". No, I would not turn straight if I get it on with a "real" man. I don't want to get it on with any men- real or not. I'm very happy being with girls. No man can give me what a woman can. For example, boobs. Men cannot give me boobs- unless it's manboobs- which I don't find to be that pretty.

Some of you girls are thinking "Oh my God I have to keep away from her evil eyes!" I don't check out every girl I see. Yeah sometimes, when a pretty girl walks by I find it difficult to avert my eyes; that's about it. I don't hit on every girl there is; especially straight girls. I don't make uncomfortable comments or touch any of my female friends in any weird way. I'm not an animal who cannot control their lust.

Some of you are thinking "She must be manly- like rough and tough!" No, I'm not masculine. I can dress up tom-boyish but I can also dress up as girly as possible- and I don't mind. I like putting on make-up; I even know the right color combinations for eye shadows. I'm quite comfortable being a girl.

Some of you are thinking "She's mentally sick. She needs to see a doctor." My parents thought the same thing when I tried to come out to them as a teenager. I was dragged to three psychiatrists who had me on meds for a few months. And it did nothing to turn me straight. Because homosexuality is not a mental disorder. It has lost its "status" in 1960s; still, the psychiatrists here continue to treat it as one. Talk about being slow pokes!

Some of you are thinking "She must have been sexually abused as a child and now she can trust no man. Tsk tsk." No, I did not "become" a lesbian because of that. I have had a minor incident of molestation when I was young- but I was quite gay before that. You can tell you are gay even if you are a kid.

Some of you are thinking "Oh! It's a phase. She will get over it!" Trust me; it's not just a phase. I mean I had my first crush on a girl when I was in Grade 2. One would think if it were a phase, I would have gotten over it by now. And besides, you don't tell a straight girl that being straight is a phase. Then why me?

Some of you are thinking "She must have it easy with girls since they are of the same-sex" No, you couldn't be more wrong. Being with girls is never easy, even if I'm a girl myself. Being in relationships is hard by itself, and it doesn't change when it comes to same-sex ones. I have had problems too. "What did she mean when she said it?" "Does she want me to say this or should I just keep my mouth shut?" "Does she want me to act jealous or should I just play it cool?" Finding answers to questions like these is never easy. 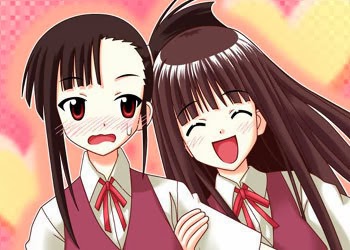 What you think about me does not define the person I'm. If you want to know how I'm as a person, I urge you to come up to me and ask me any weird queries you might have. Stop with stereotyping. Make this world a better and a less complicated place for all of us. Live and let live. Love and let love. Be gay and let be gay. 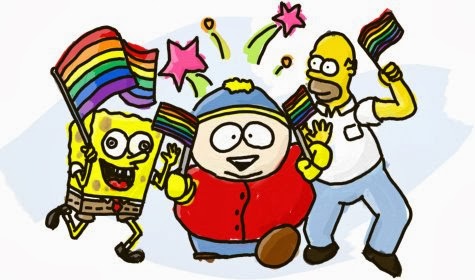