I speak to you deeply disappointed that my colleague Milly Nsekalije, a survivor of the Rwandan massacre could not share her story with all of you because in the eyes of some since she is not 100% Tutsi, she cannot have been a victim of the Genocide. 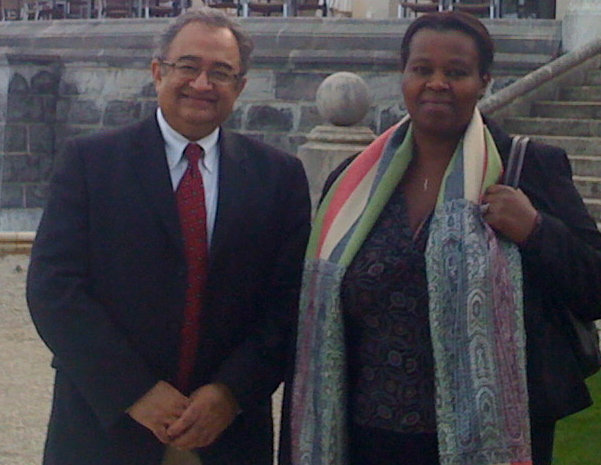 With Milly Nsekalije, a mixed-race survivor of the Rwadan Genocide, who was denied the right to speak by Tutsi activists as she was "not 100% pure Tutsi."
What does it say about the state of racism in our world when the victims of a genocide practise exclusion on the basis of the so-called purity of blood lines and ethnicities.

The first genocide took place in then East Pakistan, now Bangladesh and second is taking place in Darfur. Let me dwell on the Bangladesh genocide first.

In 1970 in Pakistan, my country of birth was divided between two wings; an eastern part that is today known as Bangladesh and the western rump that survived a subsequent war with India as the state we know as Pakistan.

The latest manifestation of racism leading to a genocide is in Sudan where the Arab Janjaweed militia and the Arab government in Khartoum has resulted in the killing of 500,000 Darfuri Muslims whose only fault is that they are Black and thus considered as inferior to the ruling classes of that country. 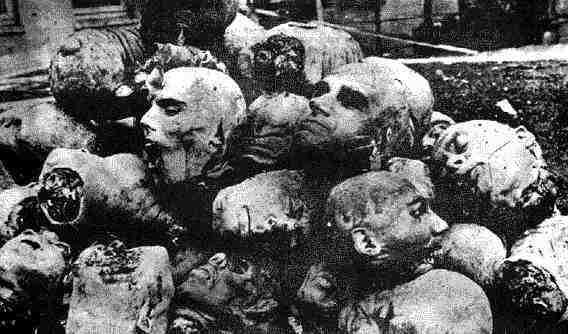 The mistreatment of Black Muslims by those who feel they are superior because of their lighter skin colour has been historical. Only in the Middle East can one get away by addressing a Black man as "Ya Abdi", which translates to the horrible words, "Oh you slave".

Let me conclude by suggesting that if racism is a mountain that we all need to conquer, then we have not yet come to a place where we can see this mountain in the horizon, let alone be at base camp.

Ladies and gentlemen, sisters and brothers, if we cannot allow a woman to speak here because she is of mixed blood or the fact that untouchability in India is not on the agenda in Geneva, or that nations of the OIC seek the right to restrict free speech, or a demagogue from Iran with blood on his hands has the audacity to lecture us on human rights, then all I can say is that in the words of Robert Frost, we have miles to go before we sleep…

The acceptance of racism among the dominant community in the Arab world has today resulted in not just the genocide of Darfuris, but also the celebration by the Arab League of the man charged by the International Criminal Court, President Bashir of Sudan.

It is time that the medieval doctrine of the inferiority of non-Arab Muslims to Arab Muslims is laid to rest. It is necessary that Arab countries and leaders of Arab NGOs denounce this doctrine that has led to the discrimination of darker skinned Muslims by Arab governments in counties as far apart as Dubai to Darfur.

Behind the genocide of Bengal and Darfur, separated by 30 years, is the unchallenged doctrine of racial superiority of one ethnic group over another that has gone unnoticed and unpunished by any institution anywhere in the world.

This doctrine of racism has brought untold misery on the victims of this cancer, but this becomes worse when such racism is given a religious validation. In this day and age, we have fatwas from contemporary Islamic scholars who maintain that a non-Arab Muslim like me would be committing an act of sin if I considered myself equal to an Arab.

Fatwas from the 14th century have been dusted off the shelves, re-furbished and published on on-line Islamist forums to justify the superiority of one group over the other. This has provided the moral justification to the mass murder being committed on the Black Muslims of Darfur, which unfortunately, has gone unmentioned even at this conference.

East Pakistan was inhabited by the darker skinned Bengali people who happened to be the majority community of the country, but found themselves ruled by a lighter skinned minority from what was known as West Pakistan—separated by a 1,000 miles.

In the first 25 years of the country, the racist depiction of the darker skinned Bengalis as an inferior and incapable people became the unquestioned dogma among the ruling minority. In addition to the racist depiction of the darker-skinned Bengalis, their culture was portrayed as unislamic and being influenced by Hinduism. Their music, cuisine and attire were mocked while their language was banned and led to widespread protests and deaths in 1952.

In 1970, after suffering under the minority rule of West Pakistan for 25 years, the people of East Pakistan voted to elect a party based in their region and gained a clear majority in the country's national parliament.

However, the racist view that Bengali people were incapable of ruling the country or that they were traitors to the fair-skinned minority of West Pakistan, led to a military intervention and widespread massacres in which one million people were killed in a ten-month period.

The killing of the Bengali people by the West Pakistan army stopped only when India intervened and defeated the Pakistan Armed forces, but not before hundreds of Bengali intellectuals, professors, poets, authors, musicians and painters, were rounded up and massacred in the final act of mass murder that started with the tolerance of racism as an act of faith.

One would have hoped that the lessons of 1970-71 would have been learnt in the Muslim World, but the sad fact is that the ubiquitous racism that resides inside the Islamic world has faced no opposition. On the contrary there is near universal denial about this cancer, not just among the governments that rule with oppressive instruments of power, but also many NGOs and civil society groups in the Muslim world.

Worse than her exclusion from today's event is the fact that it has happened at a conference meant to combat racism, when it fact, in my opinion, whether it was yesterday's speech by Mahmood Ahmadenijad or this afternoon's barring off Ms. Nsekalije, we have turned the concept of racism upside down.

Having said that, please allow me to dwell on how racism plays out its dirty game, not just as a Black-White divide, but also as a cancer that affects relations between people of colour, often sharing the same religion, but different shades of brown or black skin.

When the issue of racism comes up, the internalised racism that devours the people of the developing world in Asia and Africa, from within, rarely comes up for discussion.

This afternoon I would like to shed some light on two genocides—one in 1970-71 and the other that continues as I speak. In both instances the root of the problem lay in how one group of Muslims felt they were racially superior to their victims, who also happened to be Muslims. In both cases the doctrine of racial superiority and the practise of institutional racism went unchallenged even after the horrible consequences of such racism was evident and for all to see.